The planet on which I live is not a silent one.

It moans…
…parents of another language resort to non-verbal sounds of despair over their separated children housed in cages in the land of their dreams.

It keens…
…of past things loved and lost…times, mates, values (imagined and real)……whole species.

It laughs…
…at the happy foolishness of friends…and…at the misfortunes of strangers…dammit.

It whispers…
…words of love…and words of mere seduction.

My planet does all of these sound-producing things and more.

My friend Dr. Everett McCorvey has a sign in his studio. It reads;

I cannot attest to the scientific accuracy of his sign, but of all the gods I’ve read about and studied, this rings 100% true. I believe every breath and every cell in my body is made better when I sing. What god worth his salt wouldn’t cherish that? And if that’s true for li’l ol’ me, how much truer is it for the whole planet? Every breath, every cell made better by singing.

Singing is the best thing my planet does.

I sing every day.

I sing everywhere and for no reason at all.
I sing to the dog and the cat – they are bewildered by it and react to it like most humans confronted by things they don’t understand: they hate it. But since I feed them, open rebellion has been avoided. Lord help me if the kibbles run out.

My wife, Janie, tolerates it with saint-like patience. I am aware that obscure Sondheim lyrics while loading the dishwasher and the noir growlings of Tom Waits while driving the car can be unnerving, but so far, she hasn’t applied for a concealed carry license…that I know of.

Thus, I add to the un-silence of my planet.
I invite you to do the same.
Throw your head back.
Cut it loose.
Wail!
Sing!!! 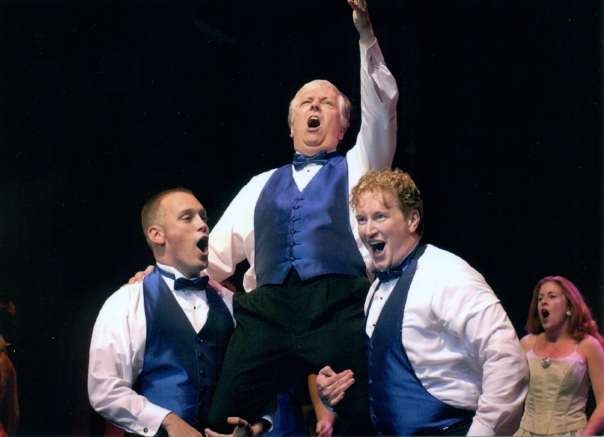